It is time to realign ourselves with the earth. Tonight our clocks will go back one hour to Greenwich Meantime.

It was a long time ago that a chap wandering up the hill from the River Thames noticed he was following a straight line etched in the ground; being a clever chap, a member of The Royal Society, he realised he had discovered the Prime Meridian Line. Longitude Zero (0° 0′ 0″). He set up some crowd funding and the Royal Observatory was built on the spot so no one would lose the Prime Meridian Line.

Every place on Earth is measured in terms of its angle east or west from this line. Since 1884, the Prime Meridian has served as the reference point for Greenwich Mean Time (GMT). 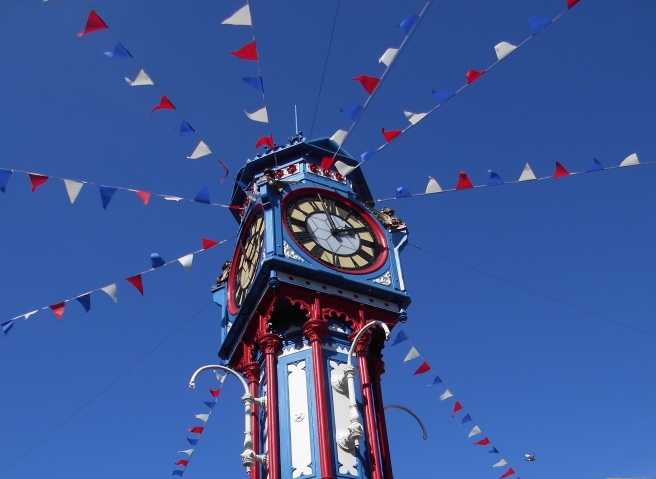 British Summer Time was invented a century ago so cricket matches and Wimbledon could enjoy long summer evenings. Henceforth people have had two weekends a year to be totally confused; Spring Forward they might grasp, but Fall Backwards is harder as we call this season autumn… Even if we know which way to move the hand on our antique analogue clock we still can’t remember if we’re having an extra hour in bed or losing an hour’s sleep.

None of this affects the tilt of the earth’s axis.

The actual time of the change is 2am on Sunday. You will either have to stay up late to change your clocks and watches, or if you have an atomic clock it will automatically change, so too will your computers and phones, this is done by magic.

If you can’t work out if the clock stops at 2am, then goes back to 1am, or stays at 2.00 for an hour, or goes to 3am then leaps back an hour, why don’t you stay awake and observe and tell the rest of us the answer tomorrow.